Like many Americans, I was riveted yesterday by the Senate Judiciary Committee Hearing which featured Judge Brett Kavanaugh and Dr. Christine Blasey Ford, who has accused Judge Kavanaugh of sexual assault and attempted rape. And like many women, I was shocked that the all-male Republican majority of the Committee decided to assign their Constitutional duty of inquiry to a female persecutor from Arizona named Rachel Mitchell.

Fearing that Ms. Mitchell might be partisan (she is a Republican), I nevertheless suspended my disbelief long enough to keep an open mind. Gratefully, I found Ms. Mitchell to be professional in her approach toward Dr. Ford, and I was relieved that Dr. Ford was able to fully – and credibly – convey her tragedy to the world.

I therefore looked forward to seeing Ms. Mitchell question Judge Kavanaugh – would she take the same neutral approach? Happily, I witnessed her using the same professional tone with the Judge. In fact, I was totally absorbed as Ms. Mitchel began to question Judge Kavanaugh about his 1982 calendar, which he offered in his defense. Mitchell had just zeroed-in on an entry made for Thursday, July 1, which read: “Go to Timmy’s for Skis w/ Judge, Tom, PJ, Bernie, Squi.” 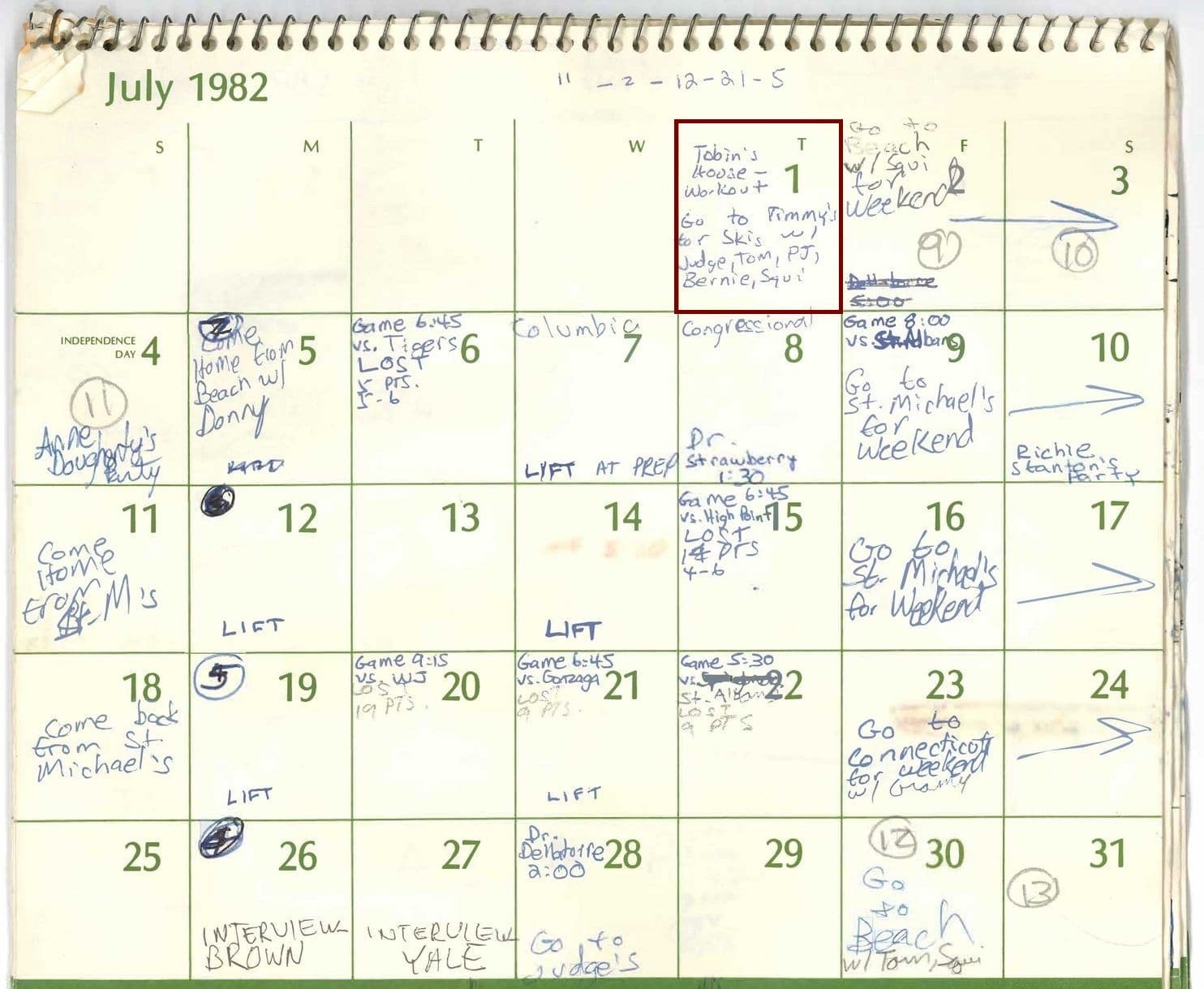 In response to this questioning, Judge Kavanaugh admitted that "skis" meant "brewskies" (i.e., beer). He also admitted that his calendar entry listed the people who Dr. Ford claimed were at the small party where she was attacked – now Ms. Mitchell was getting somewhere!

But rather than allow Ms. Mitchell to follow-up on this critical point, the Republicans muzzled her. We never heard her question Judge Kavanaugh again. Instead, the Republicans used their five-minute slots to grandstand and no further probing questions were asked by them.

Moreover, the Democrats completely dropped the ball. They never followed-up on the July 1 calendar entry. Clearly, the FBI could and should investigate what happened on this date – which might have been the party Dr. Ford described during her testimony. The FBI should interrogate all those listed, more fully identified as: Tim Gaudette (“Timmy”); Mark Judge; Tom Kaine; P.J. Smyth; Bernie McCarthy; and Chris Garrett (“Squi”).

Judge Kavanaugh’s yearbook provides even more support for allegations pending against him. Unfortunately, the Democrats never fully fleshed-out this evidence due to Kavanaugh’s time consuming and repetitive responses. Here are some of the relevant yearbook clues provided by Judge Kavanaugh himself … in order of the least to most damning: 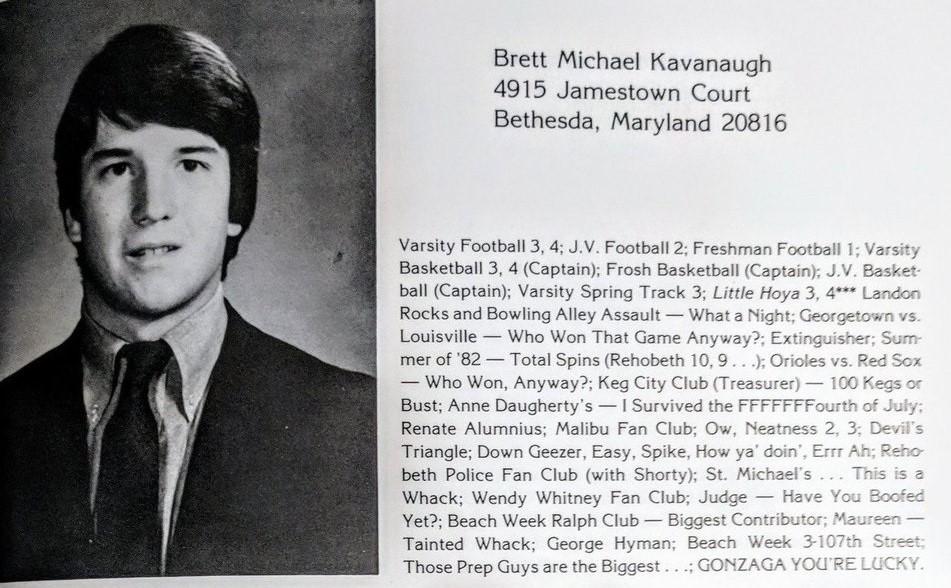 Judge Kavanaugh’s yearbook entries are even more interesting when cross-checked by his friends’ entries. For instance, Mark Judge – Kavanaugh’s high school best friend and author of Wasted: Tales of a Gen X Drunk, a book about his alcoholism – wrote in his yearbook:

Mark Judge admits in his book to being an alcoholic. He also admits to suffering from numerous drunken black-outs. He also writes that a character likely representing Judge Kavanaugh had black-outs too:

“Do you know Bart O’Kavanaugh?”

“I heard he puked in someone’s car the other night.”

“Yeah. He passed out on his way back from a party.”

In addition, Michael Walsh, another Georgetown Prep alumnus, listed himself on his yearbook page as a “Renate Alumnus.” He also posted a short poem: “You need a date / and it’s getting late / so don’t hesitate / to call Renate.” 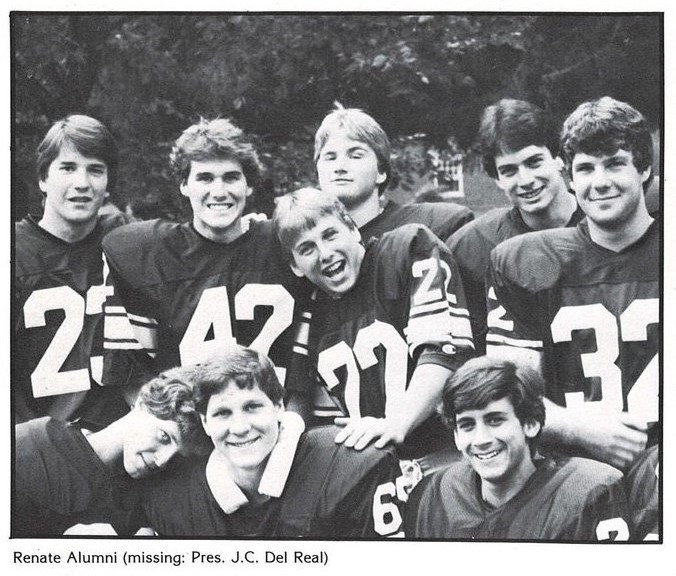 While finishing my blog this Friday morning – with my TV tuned to the Senate Judiciary Committee – the Republicans have refused to subpoena Mark Judge, who is just one of many witnesses the FBI should interrogate. And just now, the Republicans have voted to refer the nomination of Judge Kavanaugh to the full Senate – a total betrayal to women and a grave mistake.

And a Personal Note:

First: I believe Julie Swetnick and her sworn affidavit about being gang raped with Brett Kavanaugh present (and perhaps participating). Julie graduated a few years after me at our alma mater Gaithersburg High School. My Sister: You are a true Patriot and I salute you for your bravery.