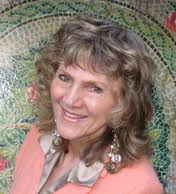 A passionate interfaith leader, documentary filmmaker, journalist, and author, honored internationally for her contributions to cultural education, peace and justice, Ruth Broyde Sharone is co-chair of the Southern California Parliament of the World’s Religions (SCCPWR). She is an inspirational public speaker and travels frequently to college campuses to present interfaith programs and screen her award-winning documentary, "God and Allah Need to Talk." Her recent interfaith memoir, MINEFIELDS & MIRACLES: Why God and Allah Need to Talk, endorsed by more than 30 religious leaders including H.H.the Dalai Lama, won top awards in two literary competitions.

Invited twice to address U.N. roundtables in Geneva, Switzerland, Ruth has pioneered interfaith pilgrimages to Egypt, Israel and Turkey. In 1991 she co-founded FESTIVAL OF FREEDOM with an African-American Minister. Participants of diverse religious, racial and ethnic backgrounds were invited to share their faith stories as they retraced the steps of the Exodus, from Egypt to the Sinai to Jerusalem. FESTIVAL OF FREEDOM was featured on CNN World News in 1994.

Ruth also worked on staff of the global Parliament of the World’s Religions, serving as a Partner Cities associate in the U.S., Latin America, Australia, and the Middle East. In 2013 she was inducted into the Martin Luther King Advisory Board at Morehouse College in Atlanta.