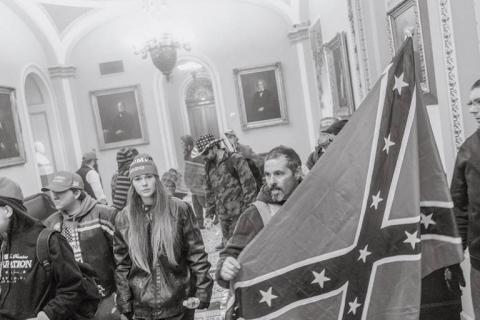 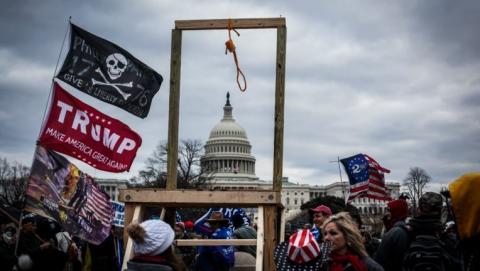 When Trump was first running for president I asked you to explain to me what you were seeing that I was not seeing. You laughed at me and cryptically replied that “more would be revealed.” You were right on some level because in time it was revealed that his taxes were not represented truthfully, the “grab them by the pussy” video surfaced, and rumors of his dealings with Russia began to swirl.

After the election, you assured me that the mass arrests of pedophiles were just 2 weeks away and that the wall was a good thing. None of the promises he made ever materialized. He did:

In short, he always put his interests before those of the people he swore to serve by lining his pockets, double-dipping with taxpayer money, and filling the coffers of his family and friends.

The world nervously laughed while we tested our Constitution and our elected officials. Most of these politicians grandstanded and pontificated as to why nothing could be done. A small handful pleaded with those that would listen, about the impending danger and instability of this naked emperor. As time ticked away, there was more bullying and duplicitous behavior. Along with thousands of lies told in order to stay in power.

Then a pandemic landed on our front doorstep. During a catastrophic public health crisis, the lives of hundreds of thousands of our countrymen and women wasted, as lies and ambivalence were amalgamated into political hatred and mistrust. The welfare and livelihood of our citizens were ignored as the greedy 1% debated to see if the other 99% was worthy of relief. The insanity, hatred, and hypocrisy continue unabated.

Trump then contaminated the election before it even took place. His seeds of contempt, division, and apathy having taken root, sprouted poisonous vines that entangle almost half of the population. Roughly one-third of the snared have been pricked by thorns of hatred so toxic that they now are infected past a point of return to the American ideals of Truth and Justice. They must be right for the sake of being right – Truth be damned! There is no antidote for this kind of vile systemic poisoning.

Trump speaks with no forethought to consequence. Those under his spell hear some encrypted call to violence and they react. They react with violence against their own countrymen and women. Killing them. Destroying the House that belongs to all Americans. Attempting to destroy Peace’s hope for reconciliation within our government and The People. After all this (and much more not mentioned here), how can you still insist on holding onto this misguided sense of “you know better”? How can you believe that there is some grand plan that is known only to his most dedicated believers that outsiders will never understand? Know this: You know only what he has manipulated your mind into knowing.

For years I have been wondering how this has happened? How did we get here? Why has no one found the strength to stand up to him? Then I realized that I am someone. I must speak up. I can no longer wait for others to do what is right and that I have the power to do.

For too long, I have been a mute witness to historical horror in real-time. I have no stomach for it any longer. I am done standing silent and wondering “Why?” So no more polite attempts to get through to you. What you are doing is wrong. Hate and Violence are wrong and should never be tolerated. The time for cherry-picking your support of this person is over. It was over the minute you posted your support of domestic terrorists and traitors. You have aligned yourself with white supremacy, xenophobia, misogyny, greed, lies, and unfounded nonsensical conspiracy theories. I offer no quarter to those who usurp inconvenient laws or find value in those who support violent acts of insurrection against our government.

You are reacting to lies and you must stop. This man wants a war. He does not care if it is a foreign war or domestic civil war. He does not care about you. He only cares about himself. He seems hell-bent on destroying the government of the United States of America and taking as many of his followers with him as he can. This sounds more like the actions of a doomsday cult leader than the actions of the President of the United States. Underestimate him at your peril. You have been warned.