Skip to main content
BOOK LAUNCH - The Light: And the New Human

When the Godhead Shifts, so does the Paradigm

Today, spirituality is a global imperative, given the numerous existential threats facing humanity. I have been blessed with exceptional teachers, all of whom prepared me for the Great Cusp – the period of intense socio-spiritual chaos that always precedes a major paradigm shift. To navigate the Great Cusp, we need Lightworkers who operate as conscious and active players in the God Game. 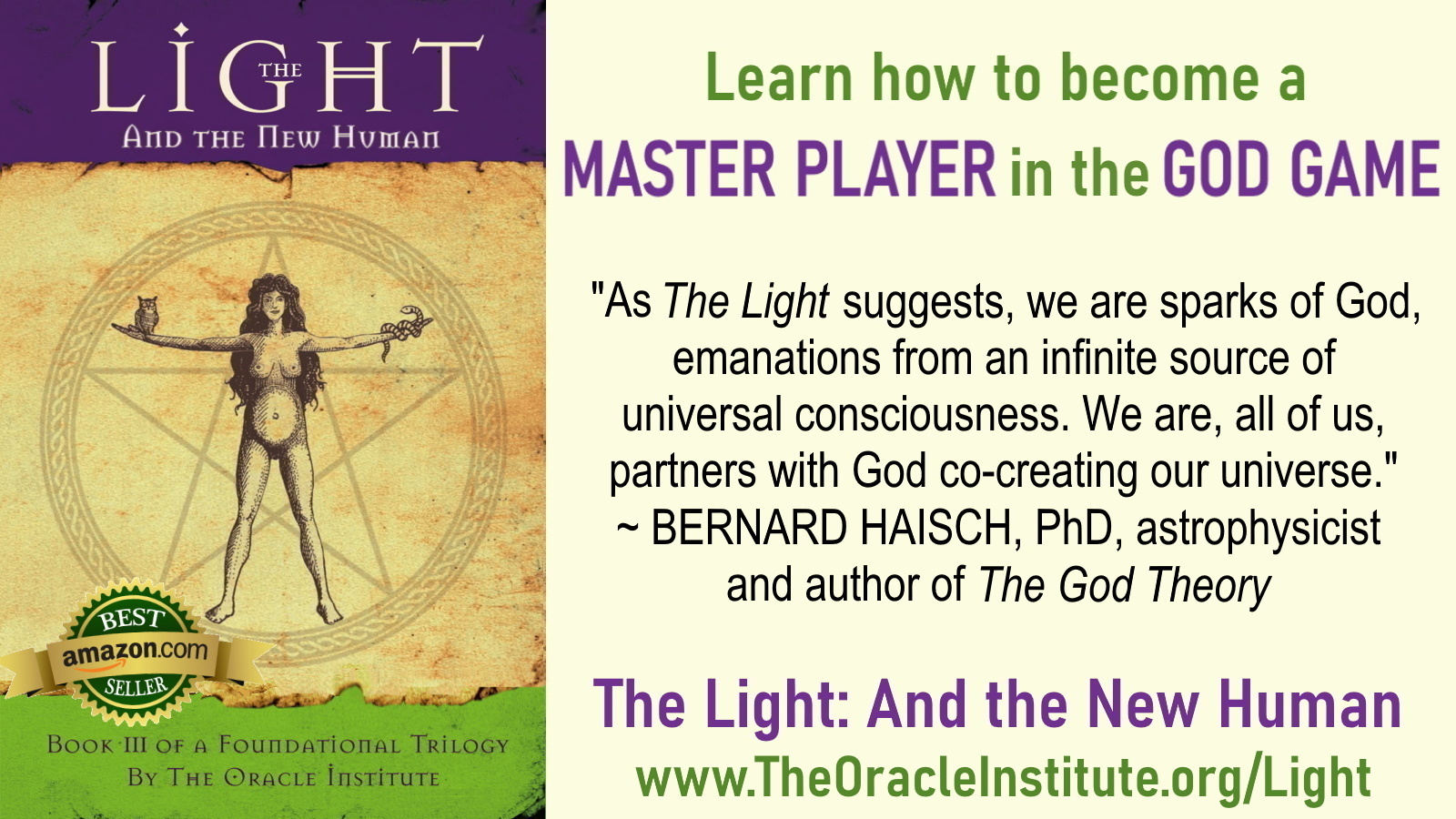 The Truth: About the Five Primary Religions (2nd Ed. 2010; ISBN: 978-0-9773929-19) is the award-winning first book in the Oracle Trilogy, and it chronicles the unholy nexus between religion and politics throughout the ages. The Truth is about the PAST.

In the final installment of the trilogy, The Light: And the New Human (2022; ISBN: 978-1-937465-32-2), I clarify that in order to birth the next paradigm, we need to balance masculine and feminine energy, tap the wisdom of the ages, plus synthesize the latest science, which altogether provide updated answers to perennial questions. The Light is about our collective FUTURE.

Oracle’s Trickle-Down Deity theory posits that the frontline woes we are witnessing – from misogyny and racism, to wealth inequality and perpetual war – all stem from an obsolete, patriarchal Godhead. The last 2,000 years of “Daddy Deism” fueled creative invention, yet the subjugation of the Sacred Feminine was devastating. As a result, we lack the wisdom and ethics to control our rampant technology, particularly at the start of the Transhuman Era with augmented reality and artificial intelligence on the rise. Truly, we must balance the Godhead if we wish to avoid a Posthuman Era. 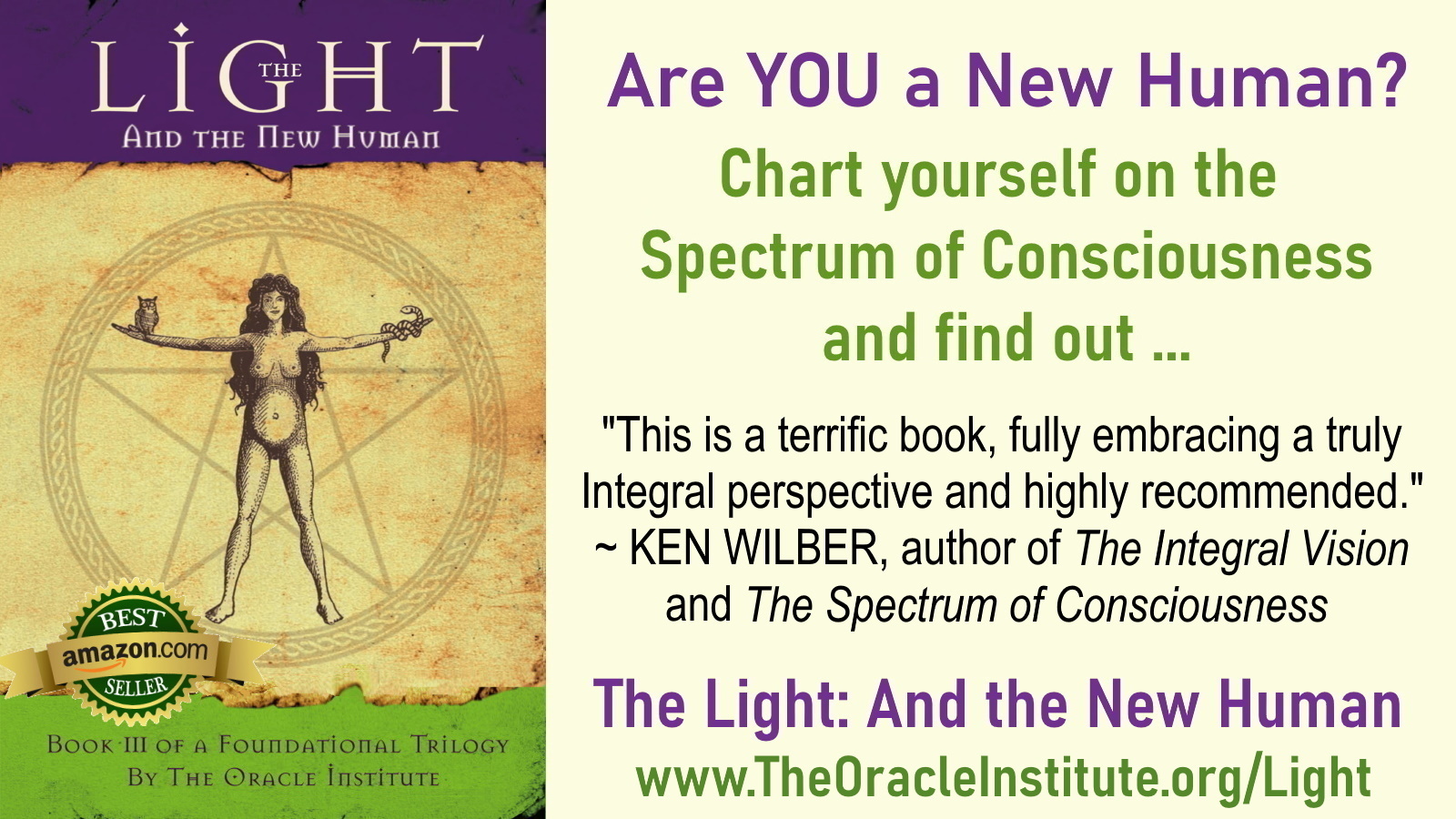 The Light carefully examines the vast Spectrum of Consciousness expressed by humans – everything from barbarians to buddhas. Known as the “Einstein of Consciousness,” Ken Wilber agrees that the New Age “Green” meme can help humanity reach the elusive Tipping Point, but only if they assume their sacred role as the cutting edge of evolution. In The Light, New Humans are defined as those who have achieved a world-centric or “second tier” perspective on the Spectrum and who are in service to humanity.

How to Become a Light Master

Sadly, many in the Green meme are deluded by watered-down New Age teachings. For example, a very common theosophical error is that evil is an illusion and polarity should be avoided at all cost. In fact, the opposite is true: Both evil and polarity can and must be managed if we wish to enter the Fifth Spiritual Paradigm. In the “Gandhi vs. Hitler” chapter of The Light: And the New Human, both topics are addressed.

In addition to polarity, the Law of Gender must be assimilated. Tragically, this elementary law has yet to be mastered, which is why the Equal Rights Amendment hasn’t passed yet and Roe v. Wade was reversed. The Light also dissects the raging Culture War, since it must be quickly resolved. Otherwise, the Godhead will stagnate and a nihilistic timeline may arise. Lightworkers need to evolve into Light Masters by learning the holarchical Laws of the Universe, as taught by the avatars and saints of proven esoteric paths. 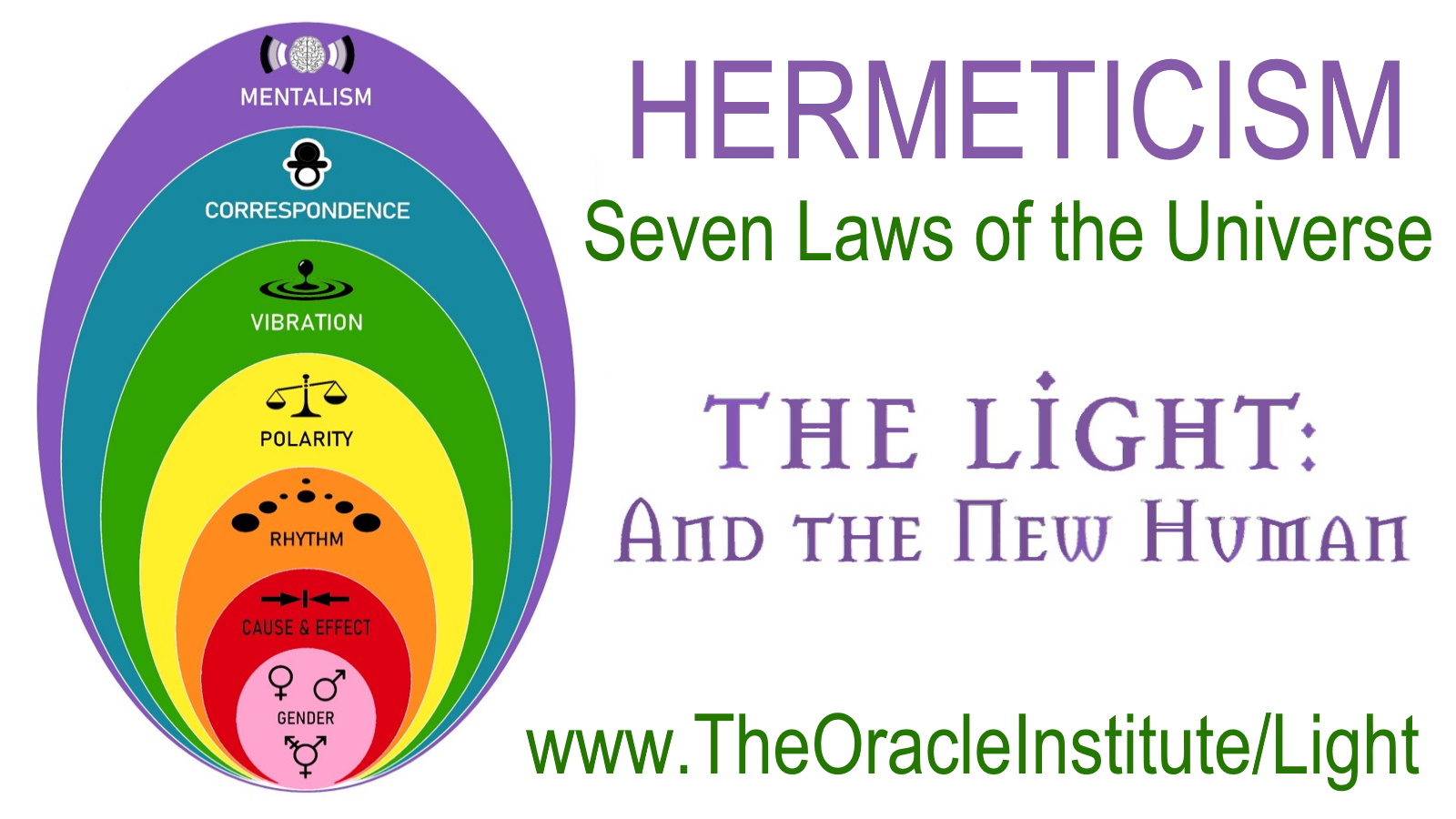 To organize Team Light, futurist Barbara Marx Hubbard urged completion of the Peace Pentagon – Oracle’s headquarters along the New River in Independence, VA. Hubbard famously called for “a Peace Room as sophisticated as a War Room.” Yes, we need an army of activists who aren’t afraid of military metaphors! Spiritual Warriors understand that this is a fight to the finish for the future of our beloved planet.

The Light ends with a novel update to Manley and Marie Hall’s “Secret Destiny of America.” In all, the book is a rich unveiling of perennial philosophy, a brilliant analysis of societal trends, and a sophisticated tutorial on modern mysticism.

To purchase The Light at the Oracle online bookstore:
www.TheOracleInstitute.org/Bookstore

To order The Light at Amazon:
www.Amazon.com/Light-Oracle-Institute-Foundational-Trilogy/dp/1937465322 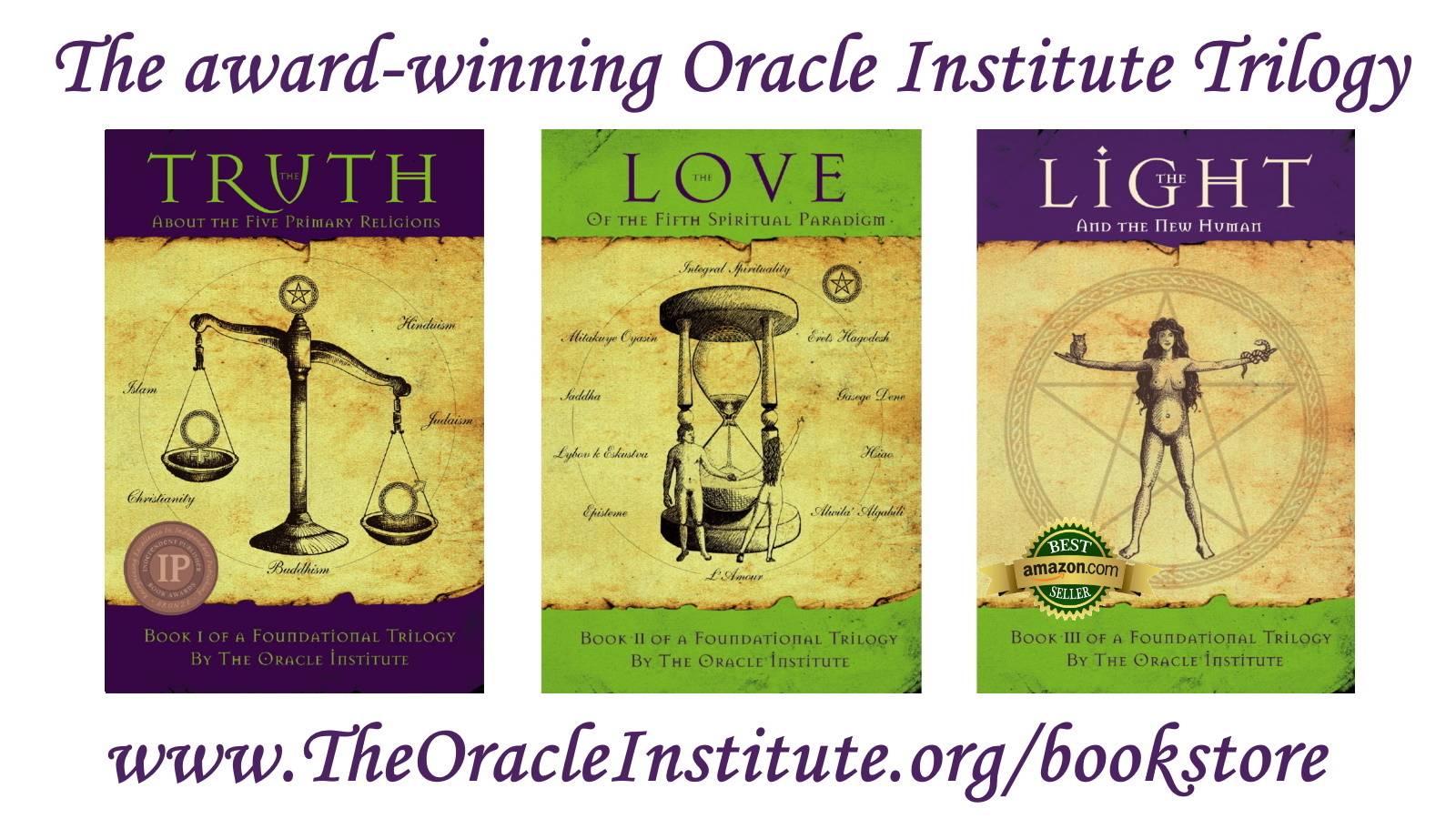