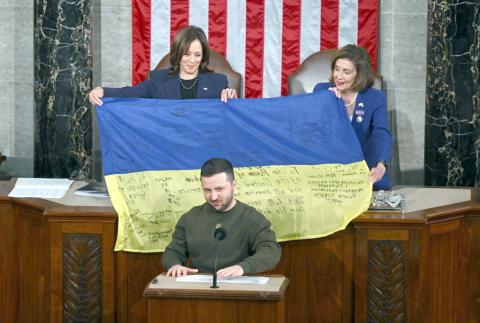 Ukraine and the Peace Pentagon: Investing in Team Light

This past week, Ukrainian President Volodymyr Zelenskyy addressed a joint session of Congress to thank Americans for our assistance in the war against Russian aggression and expansion. It was a rousing speech, met with bipartisan cheers and applause.

As a result, some commentators are comparing Zelenskyy to Winston Churchill, who recognized the existential threat posed by Adolf Hitler long before Americans resolved to fight for Team Light – the term I use in The Light: And the New Human for those who revere TRUTH, LOVE, and LIGHT.

Yes, Hitler was a Master Player in the God Game – the polarized state of play on this dual and dangerous planet. Nihilism and narcissism are the hallmarks of Team Dark, the same twin defects afflicting Russian President Vladimir Putin and the treasonous Donald Trump.

Hitler knows that he will have to break us in this island or lose the war. If we can stand up to him, all Europe may be freed and the life of the world may move forward into broad, sunlit uplands. But if we fail, then the whole world, including the United States, including all that we have known and cared for, will sink into the abyss of a new Dark Age made more sinister, and perhaps more protracted, by the lights of perverted science. Let us therefore brace ourselves to our duties, and so bear ourselves that if the British Empire and its Commonwealth last for a thousand years, men will still say, “This was their finest hour.”

The God Game itself can be viewed as an existential threat – a perennial test of whether humanity will heed God’s evolutionary impulse and choose to progress along the Spectrum of Consciousness, or devolve into darkness. In The Light, the third book in the Oracle Institute Trilogy, I wrote a chapter entitled “Gandhi vs. Hitler” to explore the very nature of polarity and the mystical messages I have received. 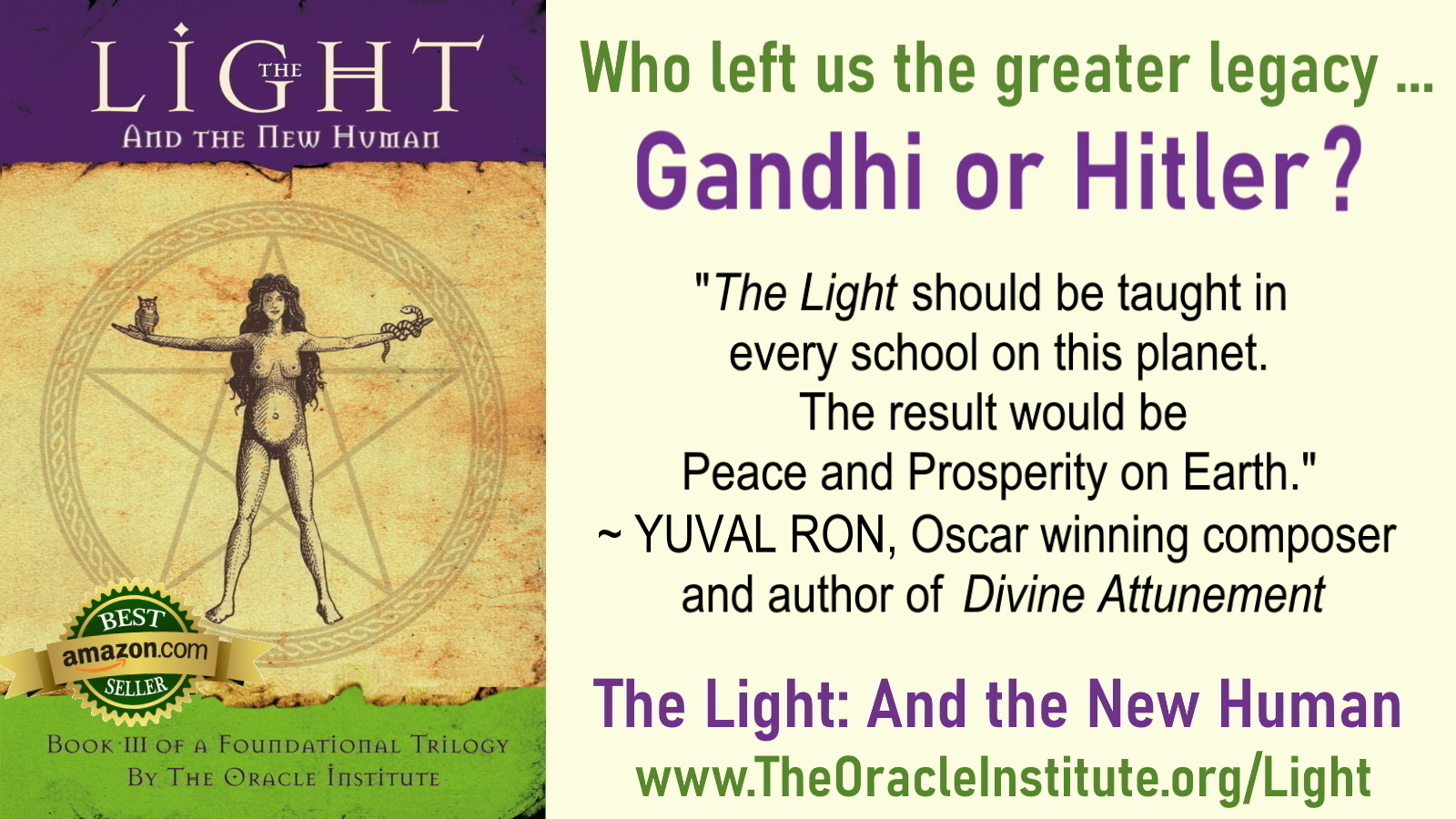 One of my conclusions is that – like clockwork every 80 to 100 years – Team Dark gains power and then challenges us. Will we fight for Team Light or submit to Team Dark? Will we rise to the occasion or succumb to corruption? Will we, or will we not, protect our hard-won, yet God-given rights of freedom, justice, and peace? 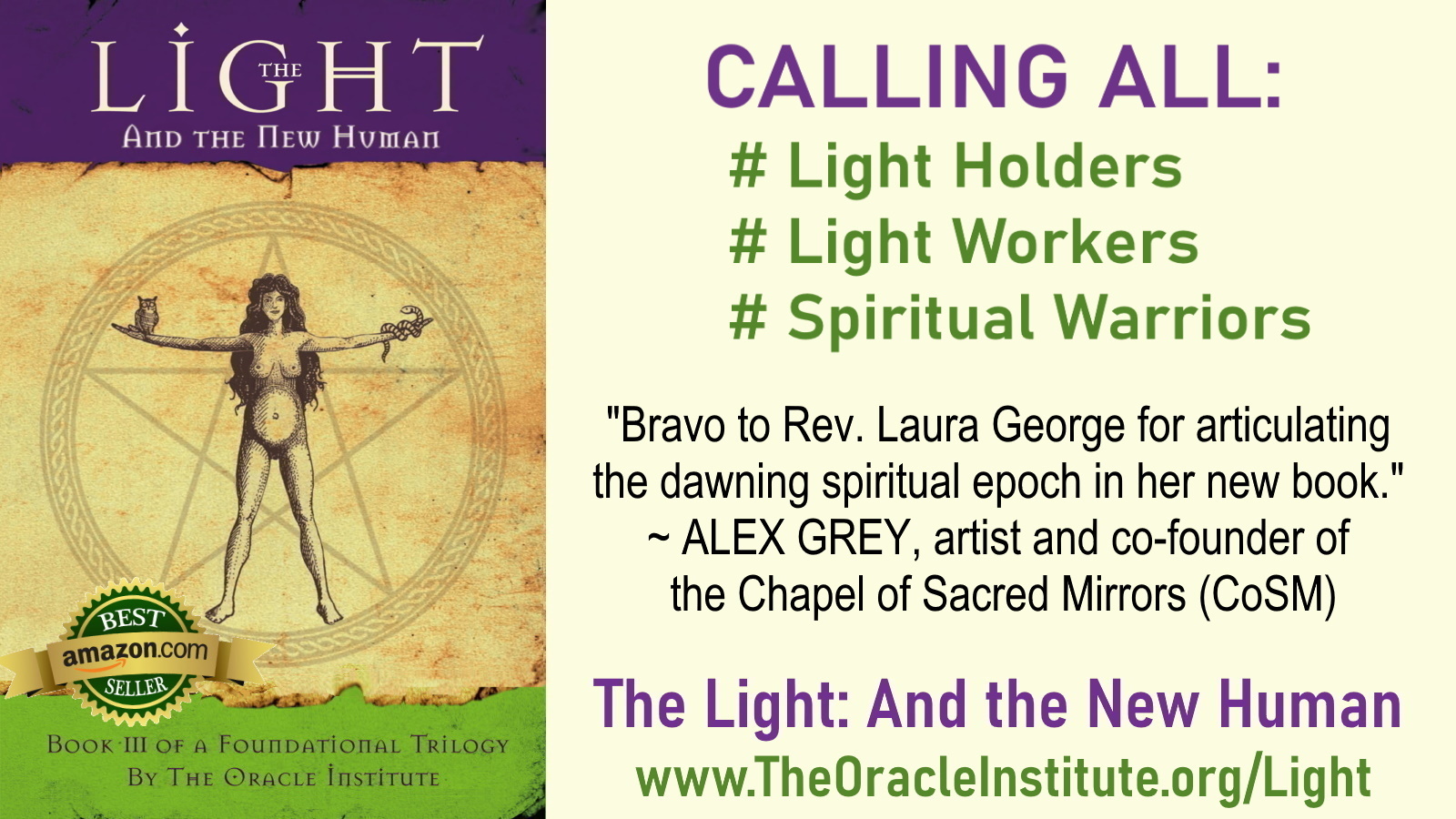 The Peace Pentagon is being built for this very moment, this critical juncture in human history. Currently, we are living though a Great Cusp, the period of intense social and spiritual chaos that always accompanies a major paradigm shift. And if we want Team Light to win this round of the God Game, we’d better be prepared to pay the price.

Your money is not charity. It’s an investment in the global security and democracy that we handle in the most responsible way.

The Oracle Institute was founded after the false-flag operation on September 11, 2001 – a REAL conspiracy, as opposed to QAnon crap. Team Dark is wily, cunning, and full of surprises. At this point, many people’s truth barometers are broken, which adds another layer of danger to the moment. Truly, if we are to meet this moment and bequeath to future generations a better world, then we need to get our priorities straight. 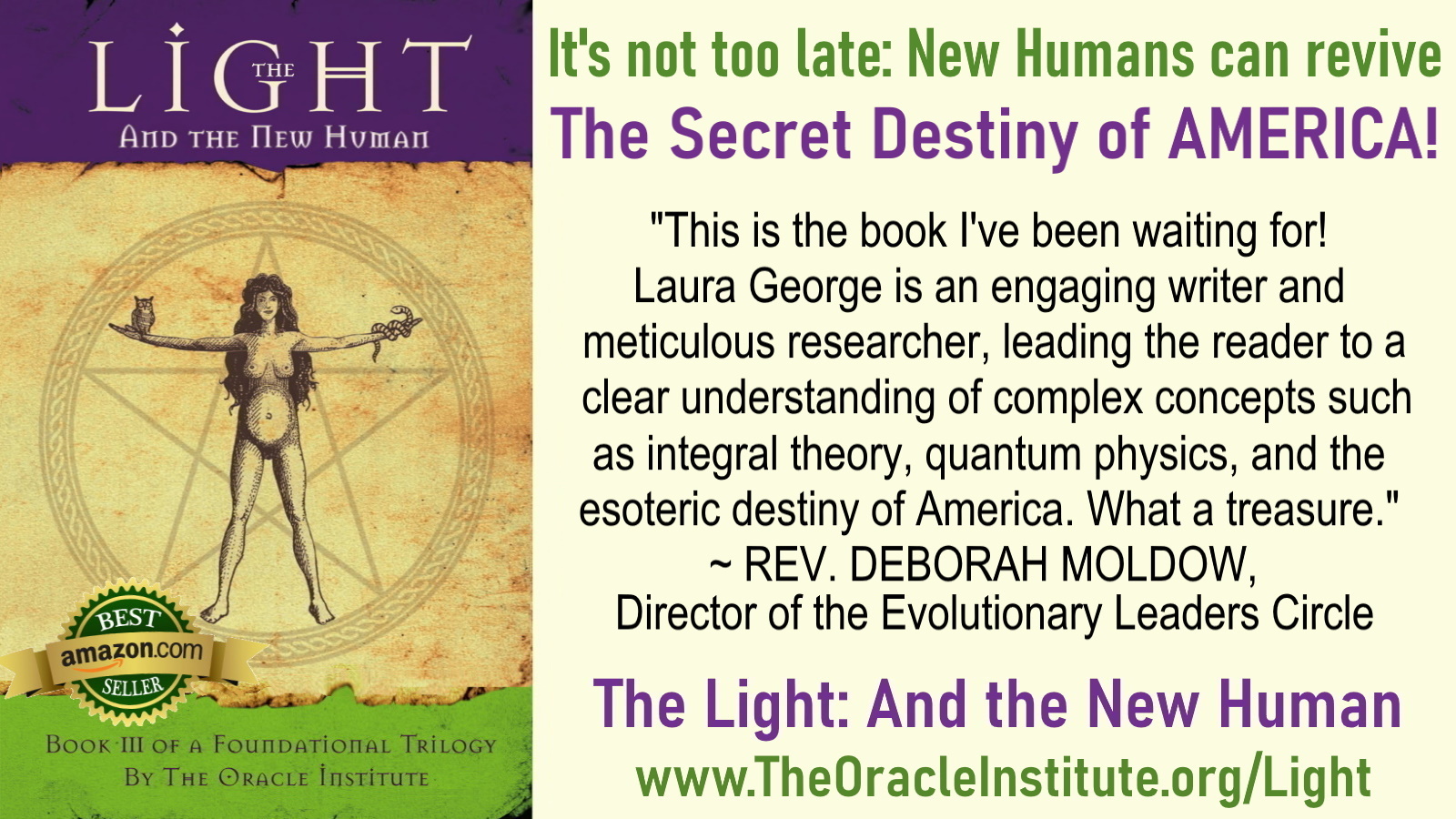 At Oracle, we are dedicated to building “A Peace Room as sophisticated as a War Room,” to quote futurist Barbara Marx Hubbard, who dubbed the Peace Pentagon the manifestation of her vision. It is time for all of us to invest our time, talent, and treasure where we can make the greatest impact. Please invest in Truth, Love, and Light. Please invest in the Peace Pentagon.

To order The Light: And the New Human: www.TheOracleInstitute.org/bookstore