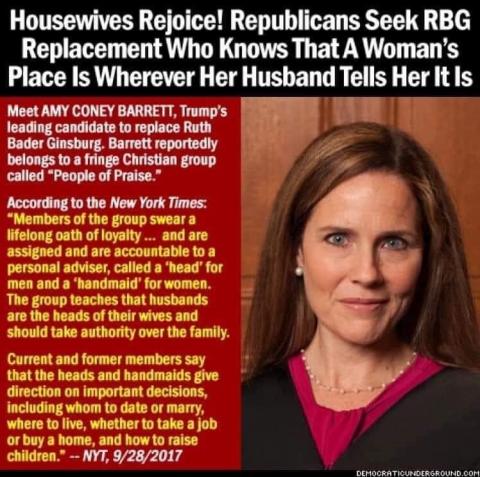 I cannot recall the first time I heard the phrase, “Women are their own worst enemies,” but I do remember recoiling in horror. I also remember when I realized my birth religion was misogynist. The year was 1967 and I was attending a Catholic elementary school. The priest dropped by our first grade classroom to talk with the boys about altar service.

“What?” I wailed. “Only boys can be altar attendants?” I was just six years old but wise enough to promptly check out of Catholicism.

Years later, I attended law school and reaped the benefits of the monumental efforts and steady gains won by first and second wave feminists. I thank my lucky stars that I was born in 1961, even though I missed burning my bra (I wasn’t wearing one yet), missed marching with Bela Abzug (I later joined NOW), and barely understood the significance of Roe v. Wade (I was eleven years old when the case was decided).

Yet, I've always understood the tenuous “legality” of my bodily sovereignty.  As a result, I honor the sacrifices of our mothers and grandmothers, made for our benefit and that of our daughters and granddaughters. I remain cognizant of the courage of the early suffragettes, especially as we celebrate the 100th anniversary of our right to vote. In sum, I’ve viewed fellow females as partners in this sacred quest for equality. Certainly, not an enemy.

Today, all of that changed. Today, I realized that not all women are sisters. Today, my heart was broken by Amy Coney Barrett, her membership in the People of Praise misogynist cult, her refusal to answer the most basic of legal questions, and her utter betrayal of our shared gender.

Therefore, let us raise a feminist flag at the Peace Pentagon: Let us appeal to our rogue Republican sisters in the Senate and remind them of their duty of allegiance to womankind. Let us implore, beg, cajole, persuade, and demand that they refuse to confirm Amy Coney Barrett – the most dangerous enemy now facing American women.

How many female Republican Senators do we need to stand with Womanhood? Just four. Already, Senator Lisa Murkowski (R-Alaska) and Senator Susan Collins (R-Maine) have declared that they will oppose any nomination to fill Ruth Bader Ginsburg’s seat if the vote happens before the election. Here is a current list of female Republican Senators, their contact information, and an indication of who might vote “NO” to confirm.

And how much time do we have to convince four of them to safeguard our rights? The Judiciary Committee’s first vote to approve Barrett’s nomination will take place on Thursday, October 15 – the last day of Barret’s hearings. Then a weeklong pause will occur per committee rules. The Judiciary Committee will then vote to approve Barrett’s nomination on Thursday, October 22. The final confirmation vote will take place on Monday, October 26.

Now is the time for all good women to come to the aid of their gender. So let’s get to work, flood the phone lines, and ensure that Stepford Wife Barrett never makes it into our herstory books!