Avatar and the Vatican: It’s the Theme of Love that Confuses Them 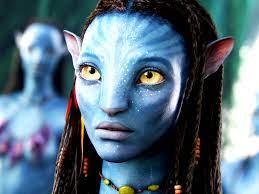 I saw Avatar with my three children a few weeks ago … to say that I adored this movie would be a monumental understatement! I dressed in blue for a few days afterward and put my hair in a ponytail. I dreamed of flying through the air on my own dragon-thing (what was that amazing creature?). I pronounced my enchantment with this movie to all who would listen, as I was enraptured by the movie’s themes: total connection to self, community, planet, and God. I even displaced my prior top three movies in favor of Avatar (Rob Roy, Last of the Mohicans, and True Grit). In sum, the theme of right-brain spirituality has rarely been so perfectly depicted on screen, in my view.

Fast forward to this past weekend. Avatar opened in Italy and the Vatican has gone nuts! God forbid that people witness true inter-connectedness, true reverence of the Divine, or true love. Here is what the reviewer for the Catholic Media Review had to say about the movie: (See http://catholicmediareview.blogspot.com/2009/12/movie-review-avatar-2009.html)

“I want to put this as plainly as I can. This film is so uniquely awful that it should be legal for me to enslave and neuter any movie critic who gives it a positive review. They should be forced to do my yard work and clip my toenails.”

Nothing like showing a self-sufficient indigenous culture to make a Catholic think of punishment and slavery. Seriously though, is this reviewer completely oblivious to the fact that he just advocated indentured servitude as the solution to Spiritual Freedom? Even a high school psychology student would be able to analyze the insidious barbarity in this coarse Catholic response.

And with regard to the premise of the movie – that indigenous cultures excel at right-brain communal networking, right-brain reverence of terra firma and the cosmos, and right-brain empathy with all other living creatures (i.e., the very opposite of Yahweh’s instruction/curse in Genesis to subdue the earth, the animals, and women) – our Catholic reviewer has this to say:

“The primitive culture is idealized to the point of being laughable. Everyone is happily equal. The genders are on equal footing. Everyone is in tune with nature. … The Na'vi are all played by African-American or Native American actors …. The Na'vi are blue, but their society is an idealized hybrid of African and Indian tribal cultures with some white, middle-class New Age mumbo-jumbo tossed in for flavor.”

Ummm … what exactly is his point now? That joy, gender equality, and leaving a small carbon footprint are ridiculous or despicable goals? My God, our very future rests on these ideals, these objectives, which is why Oracle dedicated a chapter to each topic in our upcoming anthology, The Love: Of the Fifth Spiritual Paradigm.

Using the fictional world depicted in Avatar as a perfect metaphor for the Fifth Spiritual Paradigm (a/k/a the Age of Aquarius, the New Millennium), you can see how far we still have to climb to get there … The Vatican and its surly agents (like the above reviewer) perfectly depict the racist patriarchal remnant of the Fourth Spiritual Paradigm, which was marked by conquistadors, crusaders, inquisitors, genocide I the name of Holy Wars, and left-brain thinking run amuck.

May we see the resurgence of the Sacred Feminine and balance restored during our lifetime.