Building the New World: Ground Zero in The Valley of Light 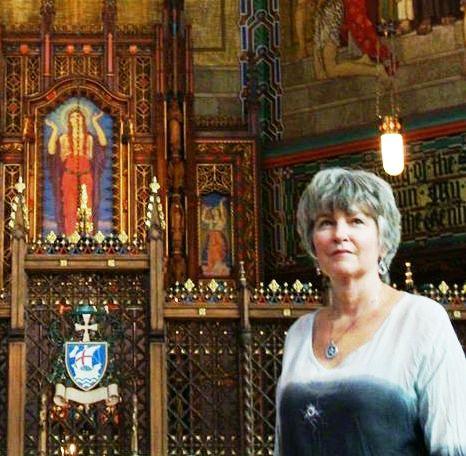 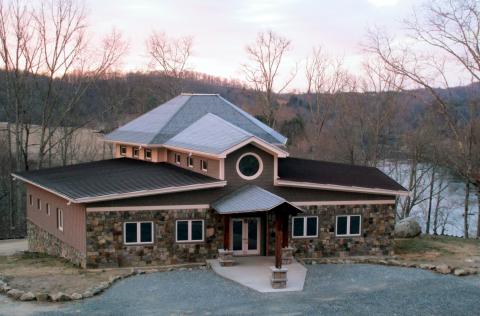 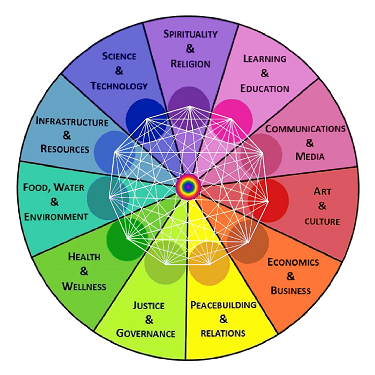 I will never forget the day Thomas Jefferson called me on the telephone. I was enjoying an exalted state of synchronicity – a stage, according to Archbishop Desmond Tutu, when God sends regular "sweets" to help us remember our soul assignment.

The year was 2005, and I had just completed my first book, The Truth: About the Five Primary Religions, which won a book award, strong confirmation that my decision to stop practicing law was the right one. I had founded The Oracle Institute a year earlier, and we adopted Thomas Jefferson’s Act for Religious Freedom as our mission statement. TJ wanted to know if I had any memories of the Revolutionary era.

Meeting reincarnated Founding Fathers marked the start of a spiritual roller-coaster that lasted for years (see: Return of the Revolutionaries, by Walter Semkiw, M.D., a/k/a John Adams). Thereafter, I accompanied TJ as he delivered Articles of Impeachment against President Bush to Congressmen Dennis Kucinich (who later introduced the Articles of Impeachment). I searched for Bruton Vault in Williamsburg, Virginia, where Sir Francis Bacon allegedly sent the Jewish Temple relics found by the Knights Templar (Bacon also named Virginia for Queen Elizabeth I – the “Virgin Queen” – and put the goddess Athena on our flag). And I recovered Jacob’s Stone (the real one according to a Scottish legend) from a mountaintop in Aldie, Virginia, where it had been secreted by Jonathan Swift, renowned author and noted Freemason.

Feeling like a "New Age" Forrest Gump, I wondered: What do these mysteries have in common?And then the answer came to me: VIRGINIA

For those unfamiliar with Manly Hall’s classic, The Secret Destiny of America, here’s a "spoiler alert." God set aside the United States (a/k/a "Turtle Island" to Native Americans) for the next evolutionary stage of humanity’s trek toward Utopia. According to my metaphysical map, "X" marks the spot in Virginia!

Consider that Virginia was home to: George Washington, our first president; Thomas Jefferson, author of the Declaration of Independence; James Madison, drafter of the Constitution; and Patrick Henry, who cried, “Give me liberty, or give me death,” fueling the Revolutionary War. I, too, am rooted in Virginia: I was born here, attended college at TJ’s University, and was guided to build the Peace Pentagon in Independence, Virginia

I firmly believe that a Spiritual Revolution is in the air – a paradigm shift of unprecedented proportion. However, revolutions usually fail without a spiritual component, just as empires crumble when the Godhead morphs. For the past decade, Oracle has operated as a think-tank, studying global religiosity and postulating the "Trickle-Down Deity Theory" – that the predominant view of the Godhead necessarily impacts all of us (male monotheism, in the case of the last 2,000 years). Recently, Oracle decided to fine-tune its focus and contribute to the Peace Movement based on the following three-pronged approach:

First, Oracle is a primary organizer of the Building the New World Conference ("BTNW"), which will take place at Radford University in Virginia, on May 28 - 31, 2015. BTNW has over 100 co-sponsors, including The Shift Network, Foundation for Conscious Evolution, The Millennium Project, Association for Research and Enlightenment, Grassroots Economic Organizing, Global InterSpiritual Network, World Constitution and Parliament Associaton, Kosmos Journal, Children of the Earth Foundation, Nuclear Age Peace Foundation, Fellowship for Intentional Community, and numerous micro-communities, such as PROUT, Twin Oaks, and the most advanced community on Earth – the Federation of Damanhur.

Barbara Marx Hubbard is opening the conference, and we are featuring her “Wheel of Co-Creation” to highlight the need for “Team Light” to coordinate, cooperate, and cross-network across all sectors. Face it, “Team Dark” is a few steps ahead of us on the game board and time is running out. Please join us in Virginia and be part of an evolutionary collective of futurists and dedicated Lightworkers.

Third, Oracle has launched its Valley of Light micro-community on our 22 acre campus in Appalachia Virginia. To date, Damanhur – the "City of Light" – is the most successful intentional community on Earth. With close to 1,000 citizens, 80 cooperatively managed businesses, a micro-currency, primary school, and medical facility, Damanhur is the only full-spectrum intentional community. Oracle is closely aligned with Damanhur: I have visited twice, Damanhur Ambassadors have come to Virginia five times, and Falco (Damanhur’s founder) honored Oracle Press by having us publish English editions of his Three Books of the Initiate. Consequently, our Valley of Light incubator project will emulate Damanhur, and we are looking for Second Tier Lightworkers who share our vision of building the first full-spectrum community in Virginia, at "ground zero."

This blog appeared as an article in "The Catalyst" - the newsletter of the Shift Network.