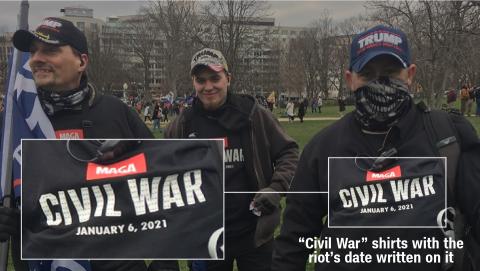 End of White Privilege or Rise of Insurgency?
What Spiral Dynamics Teaches Us

Students of Spiral Dynamics know what is happening to America: The Spiral is collapsing. In simple terms this means that under stress, previously middle class “rational” Americans (Stage 5) start to worry about their finances, become nationalistic, and chant “Make America Great Again.” Previously “ethnocentric” Americans with neo-nationalist belief systems (Stage 4) start to blame others for their woes (immigrants, Muslims, people of color), thereby falling prey to radicalization and devolving into neo-Nazis. And “egocentric” Americans who already subscribe to the mantra “might makes right” (Stage 3) feel empowered, become violent, and stage coups against the U.S. government.

At the Peace Pentagon, we study the nexus between religion, politics, and the Spectrum of Consciousness. We therefore know that the current polarity will not subside anytime soon. In fact, we need to prepare ourselves for more mayhem. Studies show that when 10% of the population becomes entrenched in a meme, that minority can rule the day. Integral Theory students like to point to this research – often cited by the “Einstein of Consciousness” Ken Wilber – to buttress their argument that “pluralism” (Stage 6) will win the day. After all, this is (or was) the fastest growing meme. Nevertheless, it now is time to ponder the opposite trend: Clearly, the ranks from rationalism on down the Spiral are gaining strength in numbers.

Consider the current opinion polls on whether to remove or impeach Donald Trump for inciting insurrection and treason against the United States:

Yet, legal protections afforded to us by the Constitution, federal, and state laws will not stem the tide of right-wing populism, now fomented to the point of Q-Anon crazy. To get a taste of things to come, consider:

For those who seek a deeper dive into the mindset of Trump’s minions and the principles of polarity, the third book of the Oracle Foundational Trilogy will be published later this year.

In The Light: And the New Human, I devote an entire chapter to polarity, a chapter entitled “Gandhi vs. Hitler.” Spoiler alert: The archetypes of good and evil still dominate the Earth Plane. Sorry to say, we are far from the Tipping Point into the Fifth Spiritual Paradigm, my friends.

So if you are able, please make a donation to help us complete the Peace Pentagon - a strategic venue and retreat center for progressive programs and peacebuilding events.