The Life-Changing Reality of Near-Death Experiences 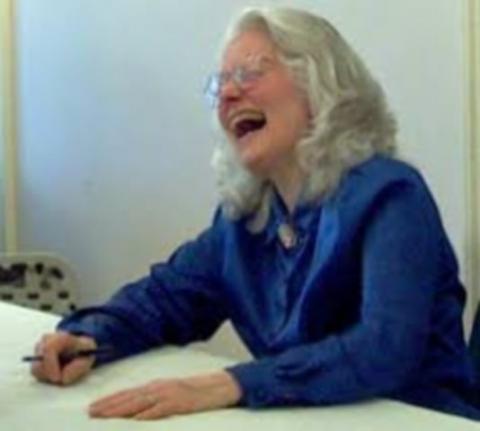 Recently the Oracle Institute hosted a course by P.M.H. Atwater, a renowned researcher and author on the subject of near-death experiences (NDEs). Dr. Atwater has written more than 10 books about this amazing phenomenon, and her research has been cited in medical journals such as The Lancet.

Dr. Atwater’s weekend course at the Oracle campus included extensive lectures about the nature and significance of NDEs, the evidence that these are authentic experiences of human consciousness continuing beyond death of the physical body, and the aftereffects of such experiences in people’s lives. The event also included question-and-answer sessions, guided discussions and workshops.

As somebody who has always been fascinated by the possibilities of the afterlife, I attended this course with great interest. There were many interesting aspects of the course, but three things in particular stood out in my mind.

First, Dr. Atwater covered a tremendous amount of case studies that, if taken on face value, certainly seem to indicate the authenticity of NDEs as evidence of post-mortem survival of individual human consciousness. Dr. Atwater described cases where medical equipment reported no activity in the brain, while the brain-dead person was having incredibly vivid experiences seemingly outside of their body. She also described cases where people having these experiences were able to acquire information that they would have no way of knowing unless they had left their body or received it from a higher spiritual source. I found some of these stories to be compelling and convincing of the truth of the NDE phenomenon.

Secondly, I was interested to hear Dr. Atwater’s thoughts on the significance of NDEs in people’s lives, and why some people come back from a close brush with death and fervently believe they left their body and had an experience of the afterlife, while most other people do not. The explanation she gave was that people typically have these experiences if they need to be inspired or motivated to make a major change in their life, or if their story of having an NDE would inspire such a necessary change in the lives of their loved ones. Dr. Atwater herself had three NDEs, which she believes helped to steer her life in a new direction, spark a new phase of her personal growth, and enabled her to discover and fulfill her life’s mission.

Third, I found it interesting that, according to P.M.H. Atwater, near-death experiences are really quite variable from person to person, and that many of the stereotypes about NDEs are not accurate. For example, she said that most NDEs do not include a trip through a tunnel – this idea of what death looks or feels like for the departing soul is mostly a myth. She also said that many people do not necessarily see a light; some people instead find themselves in a dark void – but interestingly, people’s perceptions of the void vary, and are not inherently negative. Some people actually feel it to be a warm and comforting darkness, an experience of what Dr. Atwater described as a feminine aspect of God. Seeing a light, on the other hand, is typically perceived as an encounter with a masculine aspect of God.

Furthermore, Dr. Atwater explained that a significant percentage of NDEs are unpleasant or “hellish,” and seem to be designed to serve the soul’s need for a radical life change. Contrary to the stereotype that everyone sees a divine light and experiences heavenly bliss during their NDE, the reality is much different for some souls – some people need an experience that challenges their comfortable assumptions and shakes them up.

In this vein, P.M.H. Atwater emphasized that many people come back from an NDE with a completely different perspective on life. Whether their experience was heavenly or hellish, they usually find it difficult to continue living in a “normal” way as they did before. Their priorities shift and they might embark upon a new phase of life with new values, beliefs, and sense of purpose. In some cases, this is a great blessing for experiencers, but in other cases, they cannot handle the change and their post-NDE life becomes a struggle to adapt to the otherworldly knowledge they have gained and integrate it into a well-adjusted life in this world.

More than anything else, my overall reaction to P.M.H. Atwater’s seminar at the Oracle Institute was that anyone who is skeptical about the afterlife should study the subject of near-death experiences with an open mind. The body of evidence on the subject, as Dr. Atwater has spent decades compiling, is convincing enough to me that human beings probably experience something after they die.

But I have to admit, there is such diversity among NDEs that the afterlife, even assuming it exists, still seems to be a great mystery. In many cases, as Dr. Atwater pointed out, NDEs do not conform to people’s cultural or religious expectations, and don’t even confirm to any overall pattern that would compel us to believe the afterlife works in just one particular way. Perhaps we are meant to live with this uncertainty – perhaps the mystery of what comes after death for each one of us serves a beneficial purpose in our lives. The small number of people who get a sneak peek often have their lives turned upside down, and unless that’s what you need, it may be best to read about NDEs in books rather than to have that shocking experience of hovering over your own body on the operating table.