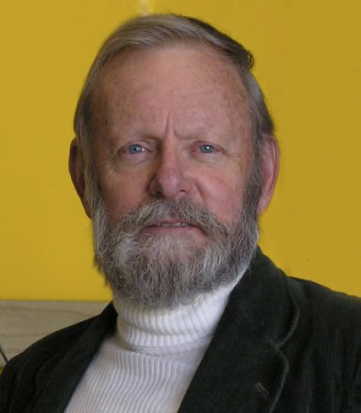 Jay Hurley is a successful businessman, entrepreneur, pilot, artist, musician, community advocate, and Member of the Valley of Light micro-community. He was born in Shepherdstown, West Virginia, in a room over a store owned by his father. After high school, Jay couldn't wait to explore the world, so he travelled and worked in numerous places. His early adulthood was spent in commercial radio announcing, followed by a degree in electronics and a position with General Electric, where he served on remote radar sites in Alaska and Turkey.

Living in foreign countries with other people and other ways broadened Jay’s views of humanity and planet earth. It was in these early years that Jay's quest for spiritual answers led him to the Association for Research and Enlightenment in Virginia Beach. ARE Promotes the work of Edgar Cayce, a mystic and medical psychic. Jay later studied at ARE and became a Wayshower. The Wayshowers are trained in psychic development, meditation, spiritual awakening, and service to mankind.

Jay eventually returned to his boyhood home and took his father’s store. Since 1979, Jay has been operating O'Hurley's General Store in Shepherdstown, where good Country and Celtic music has been played every Thursday evening for the past 38 years in an open jam, free to the public. Behind the store are metal and wood working shops where Jay builds all manner of creations! When Jay's work schedule permits, he enjoys rebuilding and flying small airplanes, canoe camping in the wilderness, and singing and performing with his friends.

Through classes sponsored by Oracle, Jay became a Priest in the order of Melchizedek. Today, he is an interfaith minister and a Trustee at Oracle Temple. Jay continues his studies in spiritual belief systems, the evolution of humankind, and tries to live by example. Jay’s other main role at Oracle is overseeing the special projects around our campus, such as the instillation of our light posts and the Peace Pentagon’s stained glass windows. In fact, many of the embellishments on campus, such as our directional signs and outhouses, are thanks to Jay’s creative genius.