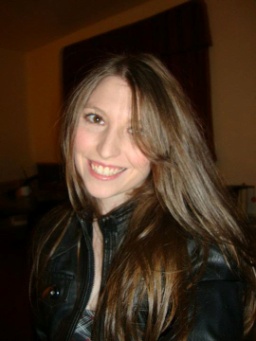 Katherine Kennedy was born in Florida, but grew up in the Appalachian Mountains of North Carolina. She was raised Christian and heavily involved in her family church while growing up, yet Katie was taught and encouraged by her mother to explore and discover for herself what she found most resonant when it came to Truth. Thus began a life-long passion for learning as much as possible about religion, history, human and social evolution, and the human spiritual condition.

In 2013, Katie’s fascination with spirituality and her yearning for interfaith understanding among the adherents of the world’s religions lead her to The Oracle Institute, where she assists Executive Director Laura George in creating and managing Oracle’s spirituality school programs. She also assists with research projects and interfaces with other interfaith organizations, such as United Religions Initiative. Additionally, Katie serves as a Trustee of Oracle Temple and helps facilitate the Spiritualty Salons.

In 2016, when the rise of Trumpism led Oracle to focus on its “Peace Pentagon” brand, Katie became more involved with sacred activism and peacebuilding. She co-chairs the Oracle Peace Practice, coordinates with the Women’s March, and helps organize local action events and activism-themed retreats. She also was instrumental in planning and hosting the 2015 and 2020 Building the New World Conferences.

Today, Katherine still identifies as Christian, but her philosophical, humanistic, and pluralistic leanings are more in line with progressive Christianity than with claims that Jesus is the “only” way. She is still actively involved in church, but now the congregation she holds membership with is the Unitarian Universalist Community of Independence, where Katherine served as a Trustee before the congregation moved towards a horizontal leadership model.

In addition, Katie serves on the Social Media and Marketing Committee for Oracle, the Peace Pentagon, and the Valley of Light micro-community, which shares the Oracle campus. Katie is a non-resident member of the Valley of Light and very grateful to help manifest Oracle and VOL’s peacebuilding mission. She can be reached at Katie@TheOracleInstitute.org.