Trump, the Deep State, and the Cabal: How the Far Left was Conned 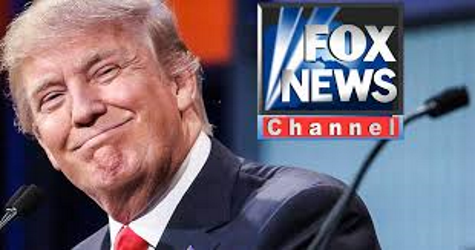 Fox News has won (for now). The Monmouth University poll this week shows that 74% of Americans believe in a “Deep State” – despite the fact that only 37% of those polled were familiar with the term. Normally, I would shake my head in despair (a daily ritual now that Trump is President) and move on. But last weekend I attended a seminar on the Deep State to get a handle on why people believe school shootings are staged, PizzaGate is real, the Clintons, Mike Pence, and Rex Tillerson travel to a secret island to engage in pedophilia … and other right-wing conspiracy theories.

When I reemerged from the Rabbit Hole, I asked some of my closest friends for their opinions – all card-carrying liberals. I was shocked to learn that they agree with Fox News! Of course, they would never admit they agree with Fox News, which they call “Fake News,” along with The Washington Post, The New York Times, CNN, and MSNBC. Instead, they cite sources of information that are two-steps removed from Fox News, like: Info Wars (Alex Jones); Starship Earth (David Zublick); David Wilcock (claims to be the reincarnated Edgar Casey); Corey Goode (claims to have been kidnapped by a military abduction program and raised on the Moon); RT (Russian propaganda); and other dubious websites likely operated by Russian Trolls.

So how did we get here? Why has the Far-Far Left joined the right-wing conspiracy theorists in believing in a Deep State? I think I know the answer …

Previously, the Left was concerned with a “Cabal,” which I will define as a group of international banksters and elite kingmakers who hold no allegiance to the United States but utilize our Military Industrial Complex to instigate war, unrest, and untold misery on much of the world – all for profit. This enemy was and is real, in my opinion, and they continue to operate outside of the structure of national governments.

The “Deep State,” on the other hand, is defined as career bureaucrats who dislike Trump and who are conspiring to remove him from office. The problem, though, is that the people accused of being Deep State – like former FBI Director James Comey, who crippled Hillary Clinton’s election, and now Robert Mueller, the Special Prosecutor who is a true American hero and who, hopefully, will see Trump impeached and imprisoned for Treason – have been labeled Deep Sate operatives by Fox News. Indeed, anyone who opposes Trump is now considered part of the Deep State.

In sum, Fox News has substituted a fake enemy called the Deep State in place of the Cabal. And in the process, the Far-Far Left now sees Trump as some sort of anti-hero – a rogue and mightily flawed Robin Hood, who somehow will protect the poor, stop the wars, lock up the pedophiles, and miraculously “drain the swamp” in Washington D.C.

Excuse me, but WTF? Has the Cabal so twisted our “Truth Barometers” that some on the Far-Far Left now view Trump as a savior? Let me remind my liberal friends that this is the view of Trump promulgated by the Religious-Right, who routinely compare Trump to King David – the flawed and adulterous messenger of God who pulls it out in the end by retaking Jerusalem.

The truth is that Trump is a sociopath, with no greater objective than to line his pockets, satiate his base impulses, and abuse anyone (except maybe close family members) who stand in his way. I expect that Mueller will prove Trump a money launderer for the Russian mafia and complicit with Russia’s interference in the 2016 election. Moreover, I predict that Trump’s evil minion Steve Bannon – previously Vice President and a Board Member of Cambridge Analytica, which stole 50 million Facebook profiles to further destroy people’s Truth Barometers – will go down as well.

In closing, let’s take a quick look at how Trump is doing in eroding the mythological Deep State. And after reading this list, please ponder who is dismantling and destroying America – Trump or the so-called Deep State:

So here is my advice to the progressives who have been conned or confused by Trump and his truly fake news outlets: Let’s support a REAL HERO and be sure to VOTE – Elizabeth Warren would drain the swamp! And let’s get back to reliable news sources, such as the Huffington Post, TruthOut, and BuzzFeed (if you feel The Washington Post and New York Times are not worthy agents of Truth).

Relevant footnote #1: Let’s remember that it was The Washington Post that took down Richard Nixon – the last anti-hero President to con America.

Relevant footnote #2: My Truth Barometer tells me that 9-11 was orchestrated by the Cabal (not the Deep State) as a False Flag event to invade Iraq.